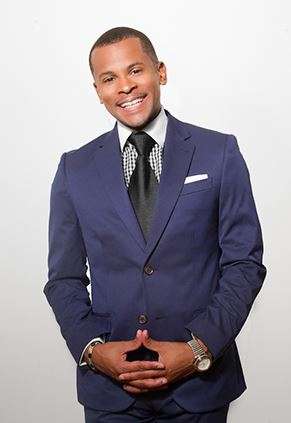 Radio Veteran
Guy Lambert has worked in broadcast radio for over 20 years. Currently serving as the news director and anchor for The Joe Clair Morning Show on Washington DC’s hit music station, WPGC 95.5 FM, and co-host of the “The Hughley Truth,” a weekly podcast hosted by comedian DL Hughley. He is also the host of Community Focus, a one-hour weekly community affairs show on WPGC which highlights people and events of influence in the local community. His history in broadcast radio expands across varies markets and popular morning shows including The Donnie Simpson Show, The Big Tigger Show, Funky Larry Jones Morning Show, and the Tom Joyner Morning Show.

Television Correspondent
Guy is a regular correspondent on Fox News appearing on various shows throughout the week including “Good Day DC," “The 5 at 6:30,” and “The Final 5” with Jim Lokey. Recently, he has been sitting in as guest anchor on “Fox News Plus” with Shawn Yancey.

For two NFL seasons, and counting, Guy served as co-host for “Around the League,” a segment on Fox’s weekly NFL show, “Redskins Game Time.” In 2017, Guy earned his own weekly segment on the Saturday morning news where he was the co-host with Annie Yu, “Get Up with Guy.”

Throughout his career, Guy has served as a guest correspondent for several news media outlets. He was a contributor to CNN, serving as a political analyst. In 2009 –2011, he was a regular correspondent on the Lou Dobbs Show.

He is the official Host of DC Fashion Week, gracing over 25 runways thus far. His evenings and weekends are inundated with various hosting opportunities such as sporting events, live music experiences, red carpets, galas, and awards ceremonies.

Digital Media
Guy has created a strong brand and is highly visible on social media. His engagement on digital platforms has added to his value and increased his reach across a variety of demographics.